Geeks Solutions believes that the true and full measure of growth, success and progress lies beyond balance sheets or conventional economic indices. It is best reflected in the difference that business and services make to the lives of people. Through its social responsibility, Geeks Solutions addresses the needs of communities residing in the vicinity of its facilities, taking sustainable initiatives in the areas of health, education, environment conservation, infrastructure and community development, and response to natural calamities.

The National Defence Fund was set up to take charge of voluntary donations in cash and kind received for promotion of the national defence effort, and to decide on their utilisation. The Fund is used for the welfare of the members of the Armed Forces (including Para Military Forces) and their dependents.

The Fund is administered by an Executive Committee, with PM as Chairperson, and Defence, Finance and Home Ministers as Members. Finance Minister is the Treasurer of the Fund and the Joint Secretary, PMO dealing with the subject is Secretary of the Executive Committee. Accounts of the Fund are kept with the Reserve Bank of India. The fund is entirely dependent on voluntary contributions from the public and does not get any budgetary support 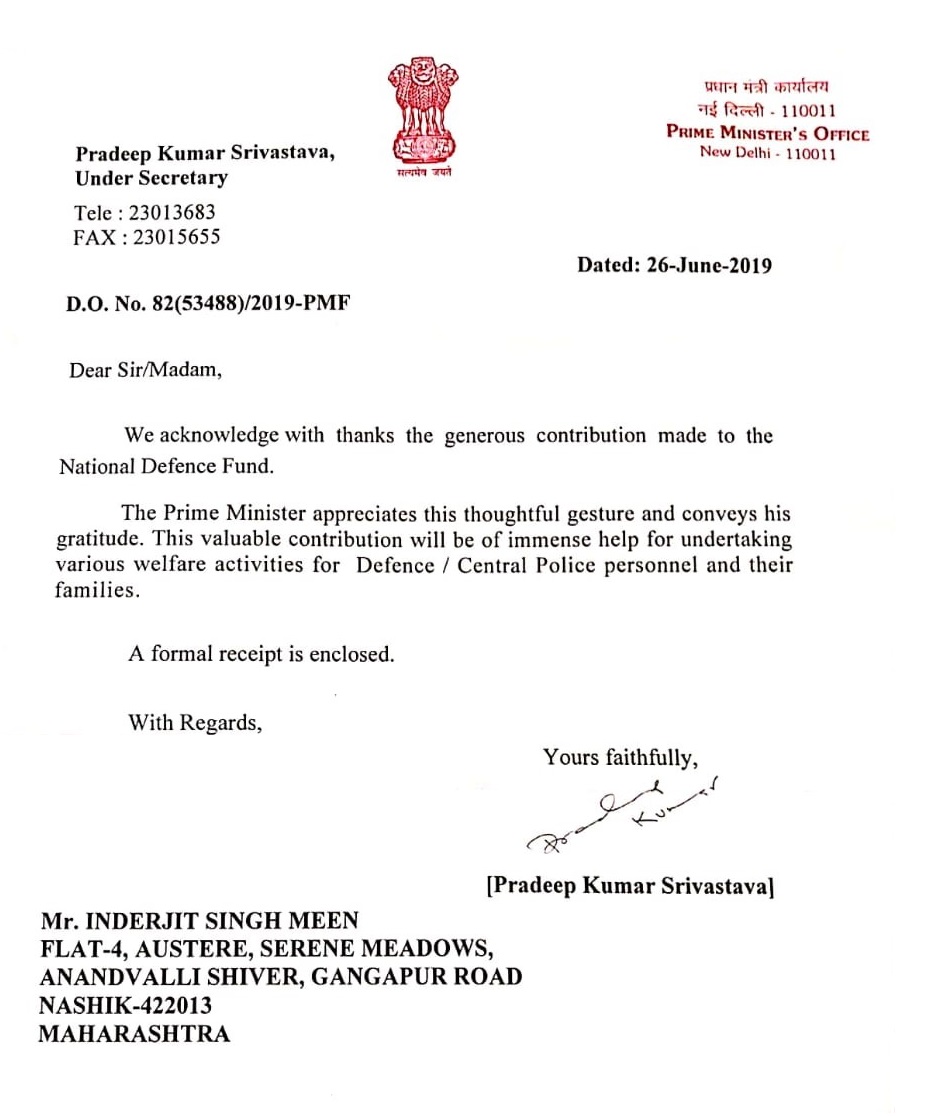